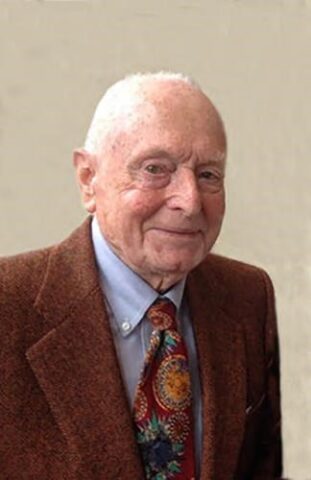 It is with great sadness that we learned on April 26 of the passing of Peter Symcox, a great artist, producer, director and friend of the arts.

An emigrant from England, Peter came to Canada in 1953. From the 1960s to the end of the 1980s, he and his partner Fernand Choquette left their mark on the artistic and cultural landscape of Montreal where they worked in both television and theatre.

Both philanthropists and classical music enthusiasts, they created in 2001 a generous scholarship with the Jeunesses Musicales Canada Foundation. The Choquette-Symcox Prize is awarded each year to support the talent and virtuosity of a musician in his or her career development. An honorary member of the Foundation’s Board of Governors since 2016, Peter Symcox said he was moved by the fact that he was still able to sit on the Foundation’s Board of Directors from Victoria, on Vancouver Island, in support of an organization whose mission is particularly close to his heart. “Music for children is so important, you see. Thank you for believing in it,” he said when notified of his appointment.

Thank you, dear Peter, for your creativity, generosity, inquisitiveness, and artistic involvement over the years. You will be missed.