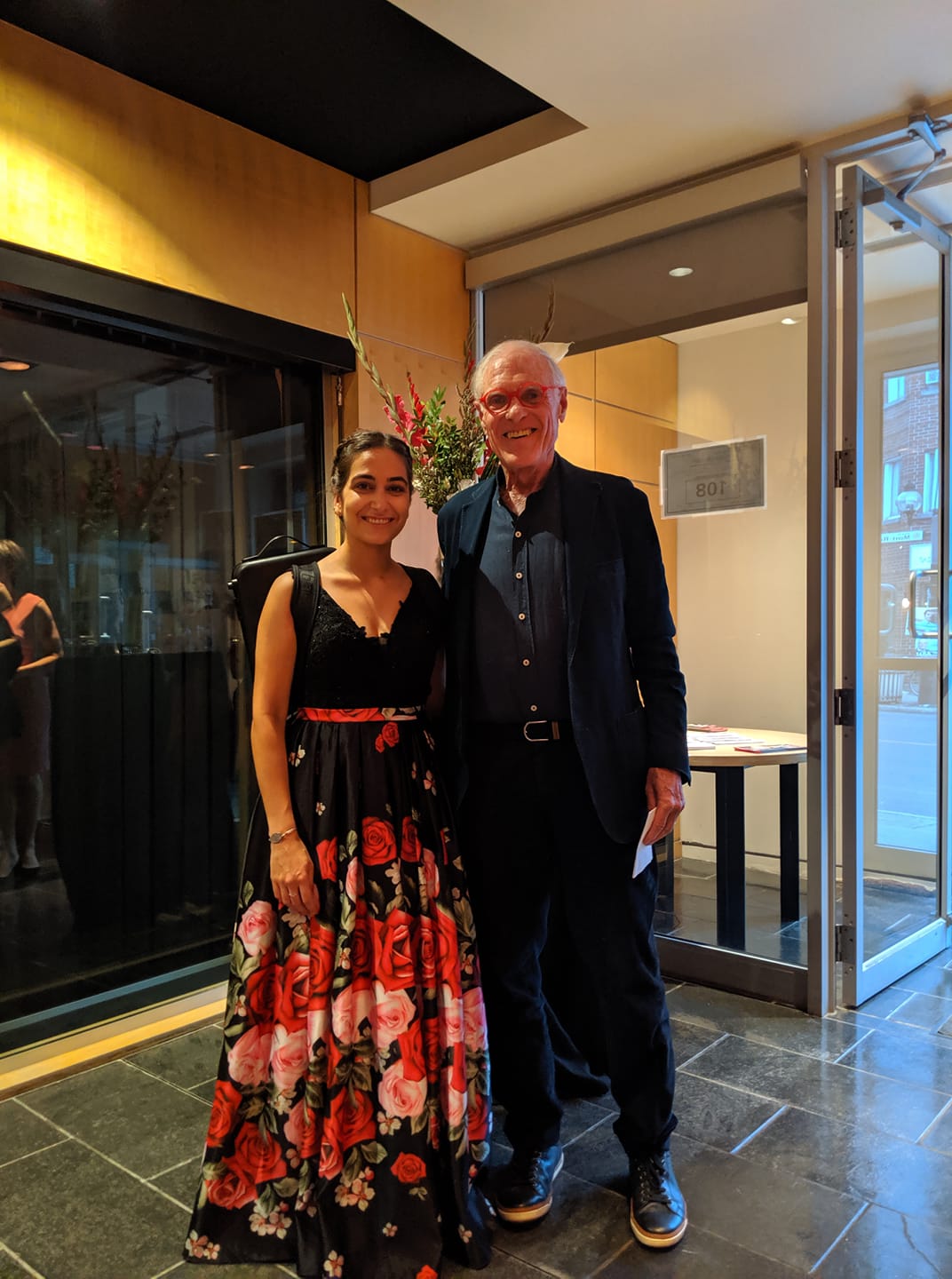 Montreal, September 14, 2019 — The JM Canada Foundation and Me Peter Mendell are pleased to announce that Lynette ISRAILIAN is the recipient of the 2019 Peter Mendell Award and its accompanying $5,000 scholarship. Student at the Conservatoire du musique de Montréal, Lynette distinguished herself among all the candidates by her interpretation of works by J. S. Bach, Eugène Ysaÿe and Piotr Ilitch Tchaïkovski. The other two finalists for the scholarship were Sienna Minkyong Cho (violin) and Élie Boissinot (cello). Each of them won a $500 scholarship, awarded by Jeunesses Musicales Canada.

The jury was composed of 3 members: Me Peter Mendell, lawyer, cellist and creator of the prize, Ms. Claudia Morissette, Director of the Notre-Dame de Montréal Basilica and Ms. Danièle LeBlanc, Executive and Artistic Director of Jeunesses Musicales Canada.

About the Peter Mendell award

Established in 2005, this annual award rewards a full-time string student (violin, viola, cello or double-bass) enrolled in a classical music performance program at a Quebec university, or completing the 3rd, 4th or 5th cycle at the Conservatoire de musique du Québec. It bears the name of its founder, Peter Mendell, an influential lawyer at Davies Ward Phillips & Vineberg and a true music lover who is an enthusiastic cellist in his spare time. The Award was established for Peter by his wife Margie, in association with the JM Canada Foundation, to foster the development of musical excellence.

Native from Ste-Dorothée, Lynette Israilian won first prize in the 2018 Canimex Canadian Music Competition with a score of 96%. Recipient of the F. Beauchamp-Huppé for Academic Excellence Scholarship (2018) and the Conservatoire de musique de Montréal’s scholarship of excellence (2018), she has worked with professors such as Raymond Dessaints, William van der Sloot and Jonathan Crow. Lynette also performed as a soloist at the Camp Musical des Laurentides (2015-2017), the Metropolitan Orchestra (2018) and the Laval Symphony Orchestra (2018). She is currently completing her Music performance Bachelor at the Conservatoire de musique de Montréal with Johanne Arel.

About the Jeunesses Musicales Canada Foundation

As a partner of JM Canada’s educational and promotional mission, the JM Canada Foundation has provided support for the development of JM Canada for over 30 years, through the awarding of prizes and scholarships to the most promising young Canadian musicians, instrument loans through the Foundation’s stringed instrument bank, and the organization of two annual benefits: the Coup de cœur evening and the golf tournament.

JM Canada is a talent incubator that boosts the careers of the best emerging artists, while helping to democratize classical music for audiences of all ages. Today, JM Canada seasons include over 1200 musical activities presented across Canada, ranging from high-caliber concerts to exciting musical activities for young audiences.