Congratulations to the recipients of the Choquette-Symcox award for 2021 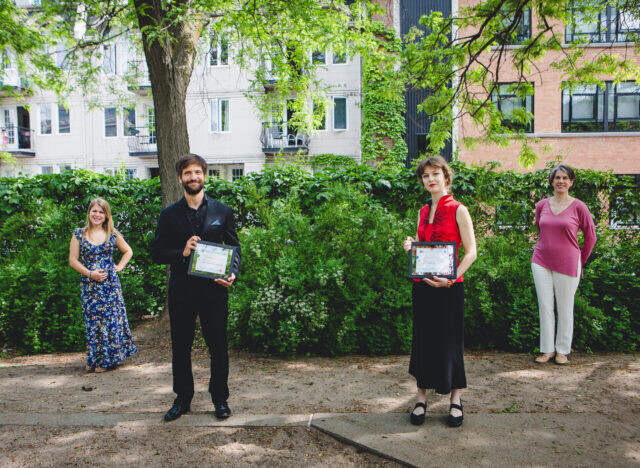 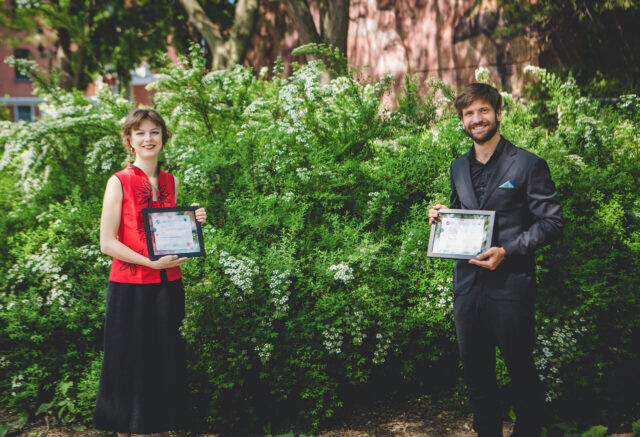 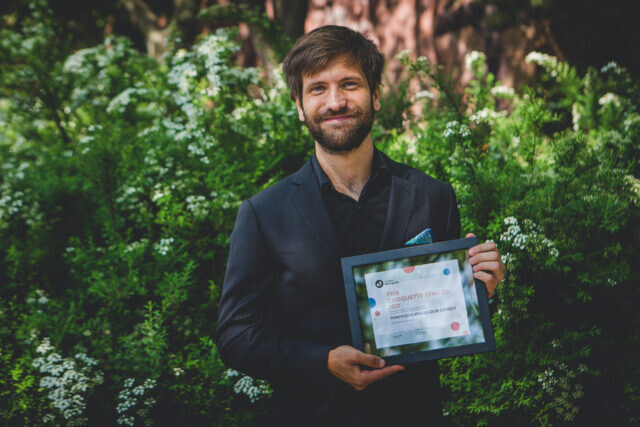 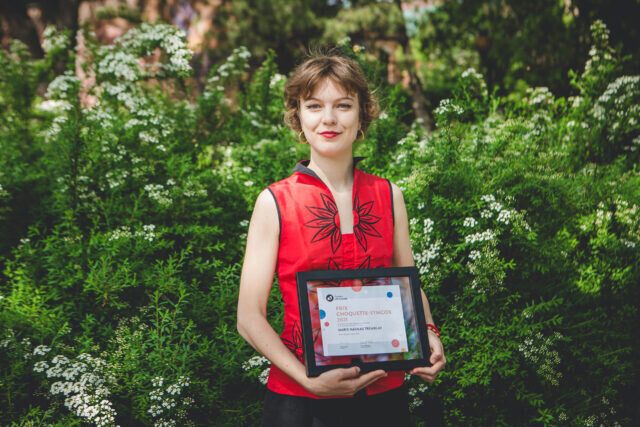 THE JM CANADA FOUNDATION PRESENTS THE CHOQUETTE-SYMCOX AWARD FOR 2021

Montreal, Wednesday, June 2, 2021 – The JM Canada Foundation is delighted to present the 2021 Choquette-Symcox Award to violinist Marie Nadeau-Tremblay and cellist Dominique Beauséjour-Ostiguy. The two string players were each presented with a $5,000 excellence grant at the award ceremony at Jeunesses Musicales Canada House on May 26.

“We wanted to acknowledge the remarkable work of these two emerging musicians, who have distinguished themselves on the Canadian music scene through their talent, reach, and commitment,” explained Gabrielle Blackburn, Executive Director of the JM Canada Foundation.

Each year, the JM Canada Foundation and Jeunesses Musicales Canada, at their discretion, choose a winner of the award. As the award was not presented last year, a decision was made to give the award to two musicians, by way of exception, in 2021.

Holding a Bachelor’s degree in Violin Performance from McGill University, Marie Nadeau-Tremblay also obtained a licentiate degree and a Master’s degree in Early Music under the tutelage of Hank Knox, Lena Weman, and Olivier Brault.

After being awarded numerous prizes and scholarships at McGill University—including the prestigious Mary McLaughlin Prize, which she won four years in a row—Marie Nadeau-Tremblay received an Early Music America grant in 2017. More recently, in 2019, she swept the honor roll of the Concours de musique ancienne Mathieu Duguay, winning four awards. She was most recently named a Radio-Canada 2021-2022 Classical Music Revelation. Her album La Peste (2020) was ranked among the Top 20 best classical music albums of 2020 by the CBC and is nominated for a Juno Award in 2021. A solo violin album, Préludes et Solitudes, will be released on the ATMA Classique label in the fall of 2021.

Dominique Beauséjour-Ostiguy obtained a Master’s degree in Performance from the Faculty of Music at the Université de Montréal, under the tutelage of Yegor Dyachkov.

He is a founding member of the duo BOA experience, Trio de l’Île, and the Andara Quartet, with which he has performed throughout Quebec and on the international scene. He has two recordings to his credit: Éléments (2019), with BOA experience, and À travers les Amériques (2020), with the Andara Quartet. For his work as a composer, in 2020, he won the 3rd Artistic Prize in the Home Sweet Home Contest, organized by the JM Canada Foundation.

Created in 2010 at the initiative of Messrs. Fernand Choquette and Peter Symcox, the Choquette-Symcox Award is presented each year to support the talent and virtuosity of a young Quebec musician with a developing career.

About the JM Canada Foundation

The JM Canada Foundation works to raise, create, and administer funds to support the mission of JM Canada, which cultivates an appreciation for various types of classical music among young audiences, supports the development of young, classically trained musicians, and helps further the developing careers of young Canadian musicians.