The Contest | The Prizes | The Grand Jury | Pre-selection jury

| Partners and Donors | Support Us | In the Media

Discover all the winners of the Contest !

All the winners of all the categories were announced during this live presentation on July 9 !

As part of its Do Mi Si La Do Ré (Home Sweet Home) Contest, the Jeunesses Musicales Canada Foundation is proud to announce that it has received MORE THAN 150 applications!

From May 20 to June 14,  you, the public, had to vote for your favourite video and make a donation to our emerging musicians: 1 donor= 1 vote*

All surpluses raised through the fundraising campaign will be used to enhance prizes and bursaries. In fact, all the money raised will be paid to participants of the Do Mi Si La Do Ré Contest.

*A minimum of 5$ per transaction is required by the voting platform. A tax receipt will be sent to you for all donations over $5.

Concerned and attentive to the needs of musicians in these difficult times, the JM Canada Foundation (FJMC) has decided to help artists by creating the Do Mi Si La Do Ré (Home Sweet Home) Contest . While these few notes protect us from being infected by COVID-19, they become a source of inspiration for artists who, more than ever, are eager to perform and be heard by the public.

Are you under the age of 30 and a classical music instrumentalist, singer or composer who would like to create and perform on the theme of confinement?

Our contest invites you to compose and perform a piece of music of 3 minutes or less on the theme of the musical phrase Do Mi Si La Do Ré (Home Sweet Home).

Find all the application details here

The contest will consist of 3 main steps:

What are the different prizes?

The JM Canada Foundation is pleased to announce more than $25,000 will be awarded in grants through this competition.

The first 50 videos submitted that are eligible for the contest will receive a $100 prize. Hurry up and send in your creation!

Read our press release regarding the prize changes.

Please find below a complete presentation of our two award categories:

1. Each of the three juries will hand in its selection of the top 10 candidates. 2. The 30 successful candidates will be ranked according to their scores. 3. The first 10 finalists will advance to the final round of the competition and will be heard by the Grand Jury.

Each member of the 3 juries is invited to disclose any perceived conflict of interest. The candidate’s score will be weighted on those of the other jury members.

The grants awarded for the artistic prize will be as follows:

*Amounts include the grant for the 33 musicians/creations.

The pre-selection jury will be composed of musicians from the orchestras and organizations partnering in the competition, as well as administrators from the Canadian classical music community. The complete list will be available before the end of the public voting period.

It is important to remember that all grants under this component are offered by the JM Canada Foundation and through its major donors and partners. The current campaign on the Fundky platform is therefore unrelated to the grants that will be awarded as part of the Artistic Prize.

The 30 Musicians’ Grant: The funds raised during the Fundky platform voting campaign will be awarded to the 30 candidates who were selected by the 3 pre-selection juries during the second stage of the Competition. The amount of these grants will be defined at the end of the voting campaign, which will end on 14 June 2020. Please note that we want to ensure a minimum amount of $500 for each of theses candidates.

Participation prizes will be awarded to the three candidates with the highest number of donors (1 donor = 1 vote).

The grants awarded for the Participation Award will be as follows:

All surpluses raised through the fundraising campaign will be used to enhance prizes and bursaries. In fact, all the money raised will be paid to participants of the Do Mi Si La Do Ré Contest.

Compilations related to the Competition will be carried out under the supervision of an external accounting firm.

*For candidacies with more than one participant, grants will be divided according to the number of musicians listed on the form. 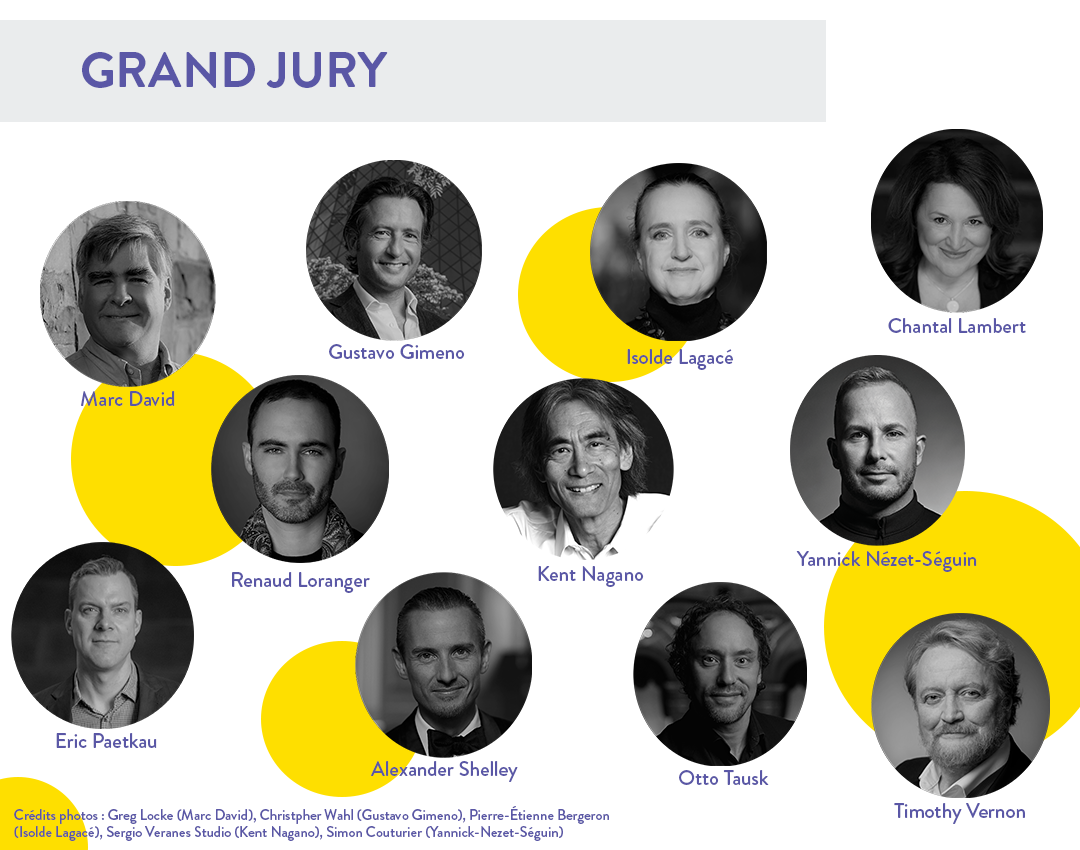 The JM Canada Foundation is pleased to present the list of the 34 members who will make up the 3 pre-selection juries.

The JM Canada Foundation would like to extend special thanks to Jeunesses Musicales Canada and the Canimex Canadian Music Competition.

The Contest in the Media